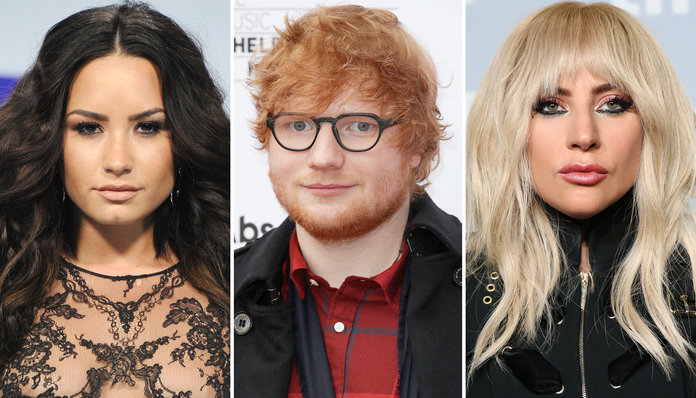 Substance abuse is a very real issue that affects millions of people around the world, regardless of their respective wealth or fame. Recovery is not a guarantee, but we’re lucky that many celebrities who do see the other side are able and willing to share their stories.

Scroll down below to read the words of seven brave celebrities who’ve battled substance abuse and shared their experiences.

More than 10 years ago, the Simple Life alum opened up about her history of drug abuse. “I kind of took matters into my own hands and was creating drama in a very dangerous way,” Richie explained during an interview on 20/20. “I think I was just bored, and I had seen everything—especially when you’re young, you just want more.”

Richie, who was addicted to both cocaine and heroin, sought out help in her early 20s. “I’m happy for the things I have accomplished. I’m happy I’m not in that state anymore,” Nicole said of her recovery.

“I started going out and taking ecstasy. From ecstasy it went to crystal meth. With any drugs, everything is great at the beginning, but slowly your life starts to spiral down,” Fergie told Oprah in 2012.

At rock bottom, the singer was down to 90 lbs and dancing on the edge of insanity. “My brain had been playing a lot of tricks on me. I thought the FBI was after me … You’re kind of living in this alternate reality—it’s very strange,” she explained.

“What got me through it was a lot of therapy, soul-searching, discovering why I took the drugs in the first place, because that’s really what it is.”

In May, Pitt opened up to GQ about his decision to cut alcohol and marijuana out of his life.

“I can’t remember a day since I got out of college when I wasn’t boozing or had a spliff, or something,” the Oscar-winner told the publication.

“I’m really, really happy to be done with all of that. I mean I stopped everything except boozing when I started my family. But even this last year, you know—things I wasn’t dealing with. I was boozing too much. It’s just become a problem. And I’m really happy it’s been half a year now, which is bittersweet, but I’ve got my feelings in my fingertips again. I think that’s part of the human challenge: You either deny them all of your life or you answer them and evolve.”

As one of the nation’s most prominent child celebrities, Drew Barrymore was exposed to a world of dangerous vices at a very young age. After a stint in rehab in her early teens, the actress appeared on the BBC’s Wogan show in 1990 and told the host she’d started drinking at 9 and began doing drugs at 10 or 11.

“I thought it was a way of life that was just normal to be living,” Barrymore explained. “It was that great escape—you look for that escape to get away from your problems in life,” she said of the road to addiction. “And when you do drugs, your problems in life become so much bigger that you do more just to get away from them. It’s a complete downhill cycle, and either you make it out or you don’t.”

Throughout her career, Lady Gaga has been open about her addictions, admitting that the pressure of fame has often pushed her over to edge.

“I have been addicted to [marijuana] and it’s ultimately related to anxiety coping and it’s a form of self-medication and I was smoking up to 15-20 marijuana cigarettes a day with no tobacco,” she said on Elvis Duran and the Morning Show in 2013.

“I’ve been addicted to various things since I was young,” she continued. “A friend gave me this term, ‘I lily pad from substance to substance,’ because I get to a point where I can’t go any further with one substance so I move to another.”

Despite the pull of these vices, Gaga says her desire to be alive outweighs the craving.

“Can I be brilliant without it? I know that I can be and I have to be because I want to live, and I want my fans to want to live.”

“I was sneaking cocaine on planes, I was sneaking it in bathrooms, sneaking it throughout the night. I went on a bender of like, two months, where I was using daily. I would fake my drug tests with other people’s pee,” she admits on camera.

In a recent interview, the “Shape of You” singer spoke candidly about his substance abuse.

“The pitfalls that people read about, I just found myself slipping into all of them. Mostly, like, substance abuse,” he said. “I never touched anything. I started slipping into it, and that’s why I took a year off and buggered off.”

Sheeran went on to explain that these “pitfalls” began to impede upon his career.

Read More: Instyle Magazine // 7 Celebrities who spoke about their addiction