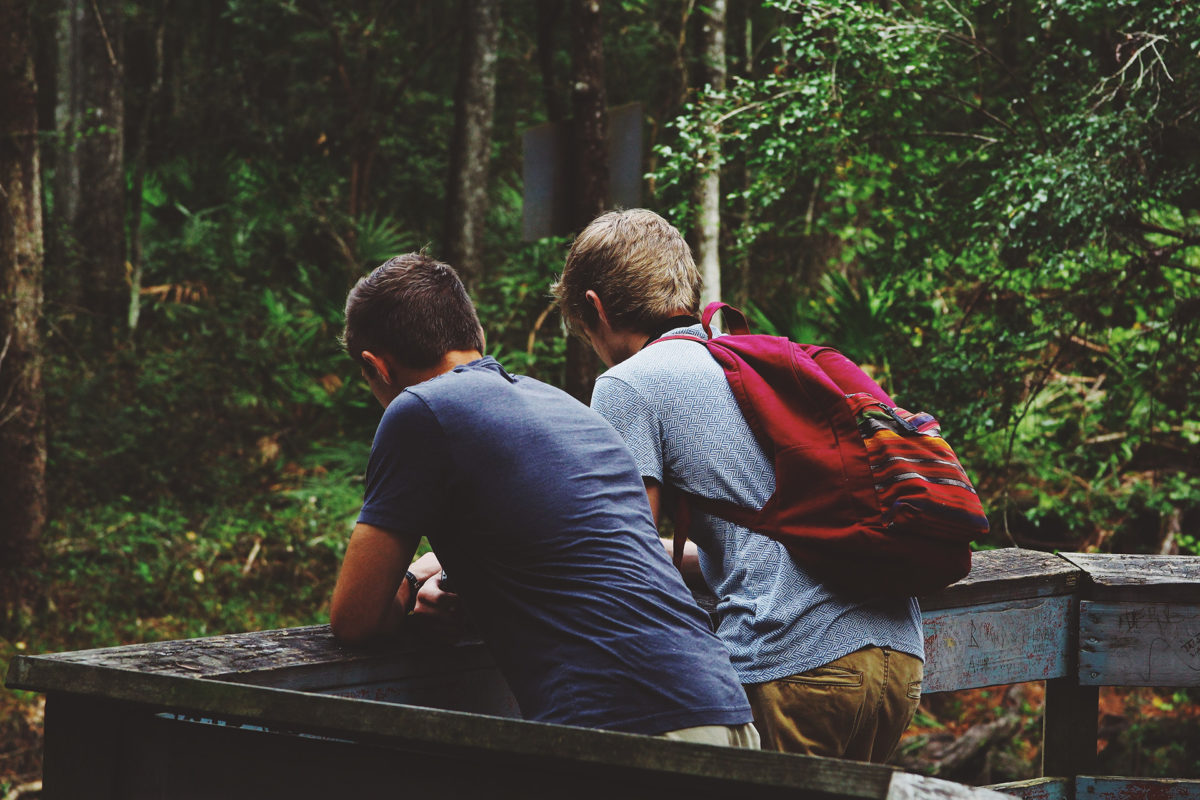 Experimenting and rebellion are hallmarks of the teenage years that sometimes lead to drug and alcohol use. If you suspect your child might be falling into a substance abuse disorder here’s how parents can recognize the signs and take action to curb destructive behaviors.

How drugs and alcohol affect adolescents

Adolescence and the teenage years are marked by major changes. These include physical, emotional and behavioral changes. As the body and brain are adapting to adulthood, it’s likely that your teen may pick up some habits along the way that aren’t beneficial. Experimenting with drugs and alcohol is often a part of that journey.
According to a 2012 report by the National Center on Addiction and Substance Abuse at Columbia University, 90 percent of people with addiction began using alcohol or other drugs before turning 18.

Brain and body development in teens

Research has proven that a person’s brain and body does not reach full maturity until the mid-20s even though 18-year-olds are considered legal adults. The areas related to decision-making, behavior and problem solving are the ones that change most in the adolescent brain between teen and adult years.

It’s no small wonder why mortality rates jump between early and late adolescence. Teens are more likely to take risks that can have dire consequences, including participating in behaviors such as drug and alcohol abuse.

Hormonal changes also play a major role in the teen brain and body. The desires to fit in, be cool and be accepted by a peer group are increasingly prominent. If a peer group is participating in a high risk behavior, it’s a good bet a teen is going to join in to avoid being rejected from the group.

Because their bodies and brains are still developing and changing, any chemical introduced to the body, such as drugs or alcohol, can affect development.

Brain development research has shown that the adolescent brain is very susceptible to the acute effects of drug use, which makes teens particularly vulnerable to developing a substance use disorder. Risk taking behaviors typical of the teen years drive an adolescent’s propensity toward trying drugs.

A 2002 study published in the journal Neuroscience & Bio behavioral Reviews suggested that animal studies have shown adolescents to be less affected by the sedative qualities of some drugs (such as alcohol) than adults. A lowered sensitivity to the effects of these drugs can lead to increased use.

Substance use disorders are likely to develop during the adolescent years, and age is an important factor. Research has shown that the younger a person begins using drugs, the more likely he or she is to develop a substance use disorder.
Frequent and heavy drug use has been linked to the inability of the brain to develop the fatty tissue that surrounds brain cells, which aids in nervous system function as well as information comprehension and retention.

Long-term effects on the brain from continued, heavy drug use include:

Because the growing body of research suggests that adolescent brains react to stimulants, nicotine and cannabis differently than adult brains, parents have a duty to keep these substances out of the hands of their children if possible. If teens find their way to these substances outside of the home, parents must stay vigilant in monitoring their behavior for changes indicative of drug use.

Signs of Drug and Alcohol Use

As a parent, chances are you know your child better than anyone. You may even see some of your bad habits reflected in them. Various physical, psychological and behavioral signs will be present that indicate your child might be using drugs or alcohol, according to the National Council on Alcoholism and Drug Dependence.

Many of these signs are typical behaviors that adolescents adopt as they get older regardless of drug use. That’s what makes identifying drug use among teens tricky.
Even if one of your children has made poor decisions regarding substance use, you can still make an impact on other children, especially your own. More than one in five parents believe they have little influence on their child’s decisions to take substances, according to the Substance Abuse and Mental Health Services Administration. Fortunately, that’s not true. Surveys on teens have repeatedly shown that parents have a huge impact on their children’s perceptions of drug use.
Your relationship with your child is the primary way to prevent them from making potentially life-altering decisions before their lives have even begun. Consider these seven tips before developing an approach to educating your children about drugs, alcohol and the consequences of their use.

As children get older, their peer group plays a bigger and bigger part in their life decisions. The desire to fit in, be accepted and garner praise from their peers is a major factor in their day-to-day lives. If you ensure that their friends are exerting a positive influence, and aren’t involved with drugs or alcohol themselves, there’s a good chance your child won’t be interested in drugs or alcohol either.

As an adult, it’s easy to say, “Well, it’s legal for me to get drunk and smoke cigarettes, but you shouldn’t.” An unfortunate number of parents are not good role models for their children. Research shows that adolescents tend to imitate their parents’ behavior.

A home that reinforces good behavior and builds self-esteem will encourage teens, who have fragile egos and dispositions, to shun self-doubt and feel confident about making decisions about what’s right and wrong in their lives. Encourage them to relax in healthy ways and relieve stress with exercise and leisure fun.

Warn your children about peer pressure and the negative consequences it can bring. Teach them to identify peer pressure situations and how to respond to these influences. It may not be the coolest thing to do, but it can save them a lifetime of struggles.

Enforce discipline and consequence for drug use:

Make clear rules about the unacceptable use of alcohol and drugs before it becomes an issue. Remind your teen of these rules often. Lack of repercussions can lead to continued and increased experimentation, which may lead to addiction. Reasonable consequences at home are often less severe than those carried out by school officials or law enforcement.

Keep an eye out:

Monitor your children vigilantly and know where they are at all times. Without invading their privacy or betraying their trust, keep tabs on them. Your children should have no problem sharing their whereabouts or happenings within their social group. If you feel your child is being secretive, there may be a problem.

nextSigns Your Lockdown Drinking Is Becoming a Problem